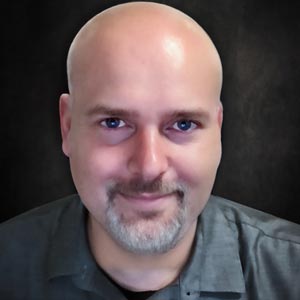 Outdoor Advertising is the oldest advertising medium. It’s been around for this long because of the perfect marriage of simplicity and effectiveness. It was easy to install and required no electronic or mechanical parts, yet it would have the most visual impact on account of its size and placement in the real world. It’s no surprise the medium maintains steady growth and is consistent on media plans the world over.

In the information age starting roughly in the 90s, we saw the rise of digital technology rapidly impacting every facet of our lives. Electronic gadgets of all kinds, which were then inter-connected on wireless networks, became the focus of attention as they brought with them whole new advertising channels. We saw the start of the Digital Media revolution.

The Outdoor medium saw its first major transformational event with the advent of LCD technology; the means to convert a printed vinyl sign to a digital screen. While still expensive, the implications were stratospheric. Digital signage could be connected via centralized servers and have their content fed to them, avoiding the need to send personnel to mount the creative physically.

Outdoor advertising had proven to be a flexible and adaptive industry, able to take advantage of advancing technology to reinvent itself and create efficiencies for advertisers. With this new transactional ease, Digital Outdoor advertising became an increasingly favored medium—but this was only the beginning.

Now that advertisers had a faster, more engaging, dynamic and visually impressive channel to invest in, attention turned to economic efficiency. Outdoor Advertising still suffered from one major disadvantage when compared to its rapidly growing competitor, online media. This was its ability to measure ROI and conversions.

When online, consumers can click banners leading them to a site, which will in turn lead them through a purchase process, resulting in a sale. Each point in this cycle can yield a success metric that can be displayed neatly on a dashboard. Advertisers can watch in real-time how each ad performs and whether or not it led to a sale.

Conversely, when a consumer is moved to purchase a product based on something they saw up on a billboard, there did not exist the same means to track these interactions on a step-by-step basis. However, in the past few years, an entirely new transformational change to Outdoor Media has taken place thanks to another emerging technology.

This transformation was made possible thanks to the power of Big Data working in conjunction with commonly used digital technologies like smart phones and sensors. Mobile phones were a separate development and were viewed by advertisers as an unrelated and unconnected media channel. This is true when Outdoor and Mobile advertising is viewed in respective isolation, yet they were far more closely linked than many understood.

Mobile phones were transmitting location signals in many different ways and few saw the potential of what this data could do given it contained no personal information, or any way they could talk directly to the mobile phone owner. It was at a time when advertisers sought an email address or phone number above all else so that they could speak directly to their consumers.

Yet the data told a different and far more powerful story. It showed where groups of consumers would go during their day, what places they would visit and what stores they would shop at. The Outdoor Advertising industry realized they could find these concentrations of consumers, linked to a specific behavior, and find which billboard placements were available to buy in these areas.

This meant that advertisers now could select their Outdoor media placements based on the precise concentrations of their target audience—ensuring that money wasn’t wasted on consumers who were not likely to buy their product.

Additionally, this same data could identify those consumers who were within view of an Outdoor media placement and who were then observed in the Advertiser’s retail store. In the same way that digital advertising could report a conversion, this passive data—requiring no click—could be used to show advertisers the number of consumers who were driven from the billboard into their store. Now, not only do they have more confidence that their ad was shown to the right people, they were able to see on a dashboard how many customers were driven into their store.

As if these two major developments in the Outdoor Advertising industry were not enough, there was yet more on the way. By now, the medium had been radically re-invented, and resembled very little of its vinyl analogue past. These ads were now digital screens, connected to Cloud servers. Dynamic mobile data could now bring real-time capabilities to the display of the advertising content itself.

Since the mobile data revealed concentrations of like-minded consumers in real-time, it meant that Digital Out of Home ad-serving platforms could connect pipes to this data and make fluid decisions on what creative to display at what time.

If the data was showing that, between the hours of 10 a.m, and 11 a.m, there was a concentration of people who frequently visit a quick-serve restaurant, then a brand like McDonald’s could choose to automate the display of their ad only during this time. The whole process had become completely automatic.

Live data would trigger an ad on a particular screen only when target audience concentrations met a certain threshold, and the same data could then report back to the brand how many of those consumers made their way back into their store—all in real-time and completely automated.

The industry of digital signage is completely unrecognizable from just a few years ago. Many advertisers are becoming aware of this dramatic shift and these new abilities to target effectively and measure ROI. Big Data and the programmatic ad-serving platforms that have risen around it have taken this once simple and opaque medium and rendered it a powerful response-driven solution that achieves many of the same advantages of online advertising but without the viewability concerns that have plagued this channel from the start.

The future is as bright as the LED screens themselves, and one can only imagine where digital signage will go from here considering how much it has evolved in such a short period. As long as the industry remains quick to adapt to the emerging technologies around it, with the needs of the advertisers in mind, there is simply no stopping it.

Hughes Network Systems: Video as a Communication-Enhancing Asset in the Workplace

Connectpoint, Inc.: Innovating the Delivery of Information in Transit Systems

SAVE Electronics: Maximize Your Message with Digital Signage Expertise

Creative Realities (OTCMKTS: CREX): Inspiring Digital for the Next Decade

The Journey to Swift Digital Transformation

Virtual Immersive Learning: The Next Frontier in Higher Education

Making the Case For Moving from Health IT to Health Analytics

Data as a Business

Ricardo Leite Raposo, Director of Data & Analytics at B3