The Changing Role of CIO in Digital Era

The Changing Role of CIO in Digital Era 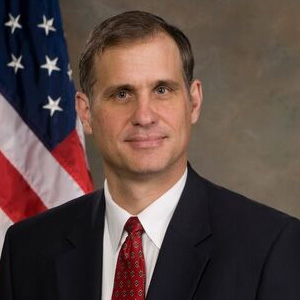 "It was the best of times, it was the worst of times, it was the age of wisdom, it was the age of foolishness.” Charles Dickens opened his famous novel describing The Tale of Two Cities but he might have just as well been describing the state of the CIO in 2015. Indeed, it is perhaps the most exciting and rewarding era to lead enterprise IT and, at the same time, the most challenging. The speed of digital innovation, the pervasiveness of technology in people’s lives outside of work, and the increased complexity and risks associated with information security are key factors that create both the opportunities and the challenges.

These factors are certainly influencing the evolution of IT service delivery and the role of the CIO at NASA’s Marshall Space Flight Center. For example-the typical end-user is an engineer or scientist who is well-versed in the use of technology to solve problems and enhance productivity. In addition, those same employees now live in a world where computing devices are crucial to daily functions like navigating traffic on the drive into work, staying informed, accessing entertainment and purchasing goods and services. This has created a workplace where employees have strong preferences about end user device choices, can solve many support problems on their own, and enjoy freedom of choice when it comes to software and apps that work for them.

Particularly when it comes to smart phones, a significant segment of users prefer to use their personal device to access email, perform basic business functions and collaborate with co-workers and partners. So the traditional, proven, “wise” method of end user device deployment and support that is oriented around a major desktop operating system upgrade project every five to seven years is being transformed to frequent OS upgrades to devices that are directly distributed by the vendor and initiated by the user. IT traditionalists might view this as “foolish” but the reality of this different approach is undeniable with Microsoft embracing this model with Windows 10. At Marshall, IT has worked to adapt to this new world by working to define different service approaches and support models for users based on roles and preferences. IT has begun to shift from the complete selector and supplier to consultant, broker, and integrator. In this new world, there are still some fundamental, non-negotiables such as authentication and patching. And the degree of user choice and freedom includes an understanding that not all enterprise solutions have the same level of support or service levels for certain applications. Tools like an agile, open identity management and authentication infrastructure and a mobile device management solution have been implemented to help enable and support this delivery model.

Cloud adoption, both internal and external has also raised the importance IT finance and economics

Another major shift that is occurring is the role of the CIO and IT organization in delivering and supporting applications. At MSFC, as in many application shops, the role has largely been focused on applications software development and maintenance. With the rise of SaaS, the app store model, and “citizen development”, the internal applications team now includes more integration, application infra-structure management, and business process support. Of course, the shift to mobile is also driving new and more agile development approaches. At the same time however, the applications team has to maintain and support the legacy installed base. This has placed a premium on rationalization of legacy apps and more rigorous applications portfolio management. MSFC has sought to strike a bal-ance with continued high service levels for core backend systems while also having a segment of the apps team leaning forward into mobile app development , container based development, and SaaS integration. All of this requires the CIO and IT to adapt quickly or be outpaced and seen as slow and ineffective. For example, MSFC implemented an enterprise social collaboration platform five years ago. While early adoption was slow and uneven, it has evolved to a core communication and collaboration asset for the enterprise. And IT was seen as forward leaning and responsive as opposed to playing “whack-a-mole” with business unit implementations and pilots.

The data center and computing component of IT has also been party to the disruptive forces of cloud technology. Initially, there issome hesitancy by the infrastructure and operations team regarding cloud. But over time and after some initial pilots, the team has learned that the cloud era offers new opportunities for systems administrators and engineers. MSFC has evolved its computing services to provide both internal cloud services and brokering and management of external cloud in Amazon’s GovCloud. There is a dizzying array of features, tools, configuration, and architecture choices in Amazon alone. So new roles such as cloud architect, cloud security lead, and cloud integration lead have emerged. Cloud adoption, both internal and external has also raised the importance IT finance and economics. Expertise in supporting customers in the enterprise regarding cost estimation and cloud chargeback models is a crucial part of IT becoming a broker of these services.

A discussion of the changing role of the CIO can’t be complete without addressing security. The pace of technology change, the proliferation of user choice and reliance on cloud services has increased the complexity of assessing and managing security risks. Old security models that rely solely on network perimeter protection are not longer reliable. NASA and MSFC are focusing more effort on securing information beyond the endpoint and at the application and data level. Also, improving incident detection and response including how to communicate and collaborate quickly with the business when an incident occurs is crucial. The CIO/ CISO relationship has become one of the most important in the organization. They must collectively work to insure that the business understands and participates in risk trades and assessments and that the internal IT organization is collaborating effectively to improve security.

Finally, while the demands that come from the speed of change and the expectations of users whose frame of reference is based on their experience as consumers, the CIO has more opportunity to influence, enable, and even shape the business than ever before. There is no component of the enterprise where digitization cannot have an impact. And the CIO has a unique view of the cross-cutting process and integration points of the entire business. This creates the opportunity for the CIO and IT to emerge, in this new era, as more than an order taker and service provider. But to do this requires skills that go far beyond the technical expertise most associate with the function. The journey to strategic CIO requires skill and initiative in relationship building, communication, and learning the core aspects of each area of the business. Ultimately, the CIO who can dial up the right blend of emerging technology and then lead the change necessary for enterprise adoption can have a dramatic impact on the success of the business. So Dickens was right. CIOs who don’t recognize and react to the significance of the current transitions will experience the worst of times. But for those who recognize, adapt and thrive in this environment, this can be the best of times. Those CIOs can play a more strategic and fulfilling role than ever before.

Great Expectations: Balancing the diverse needs of a city in a...

"Discovery and Delivery" - An Approach to IT Workload Balance

How has the pandemic changed the perspective of Ed-Tech Industry?